After the Turkish-Greek people exchange in 1923, this church was first used to store goods. In 1950 it had been changed into a prison. In the middle of the church they have built a second floor and several walls created the cells for the prisoners. Since 1983 its empty. In 2012/13 someone has dug holes in the ground next to the columns at the western side. This endangers the stability of the whole building. 2014 two of four iron bars (tension rods), which stabilized the walls against the weight from the roof, had been cut off. Now the church is in danger to collapse. Since 2015 the complete building is closed.

East front of the church and view at the subjacent valley. The ruin of the brocken bell tower is visible under the left corner of the roof ridge.

South-east corner and south side; the flat building on the right side housed barber and tailor in the time of usage as prison. 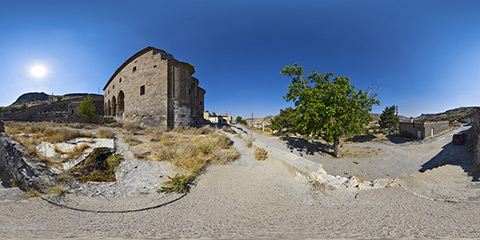 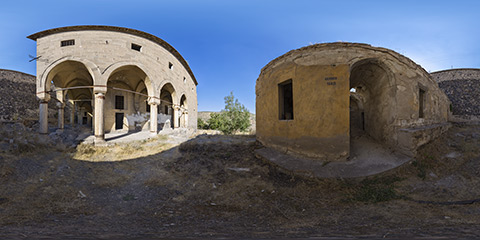 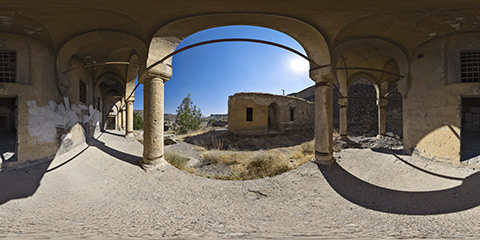 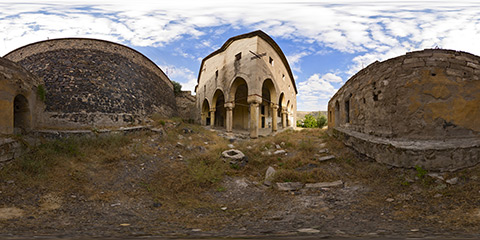 Western front with the main entrance to the church; someone has dug holes into the ground next to the columns and endangered the stability. The space between the columns in the north-west was closed to get one more room. 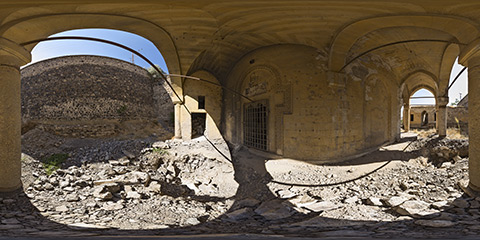 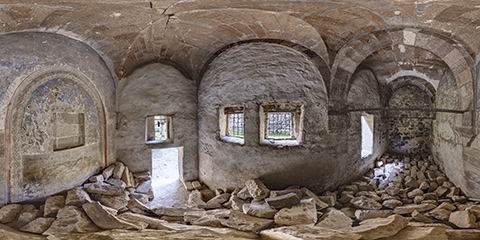 Northern front close to the natural rock, with a stone wall on the higher level. 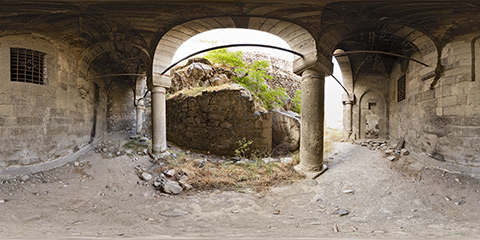 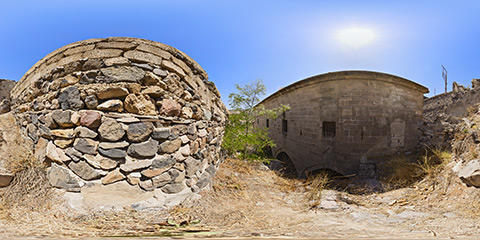 ground floor:
entrance to the prison cells and corridor between the cells 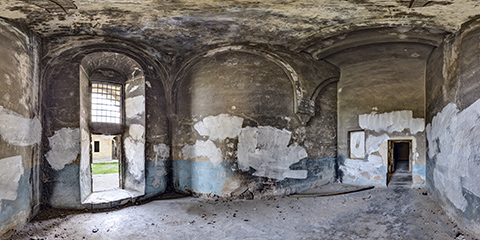 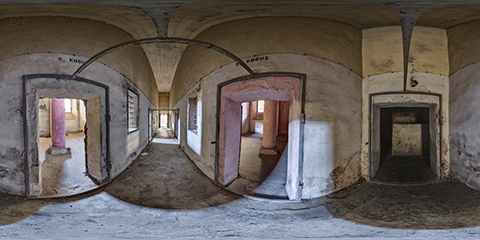 santary facilities in the ground floor

Under the white wall paint of the left cell, it still has some of the original wall decoration and a dedication from 27th of Feb. 1900 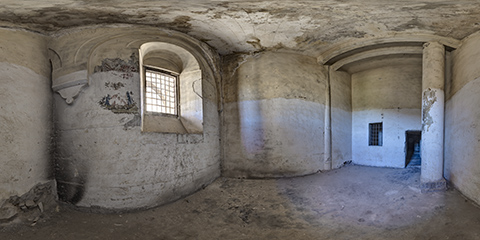 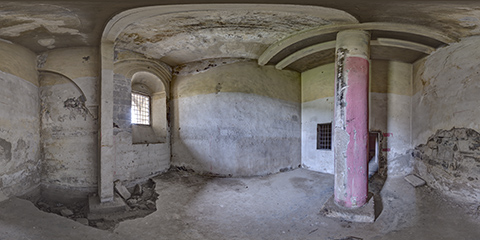 prison cells in the ground floor 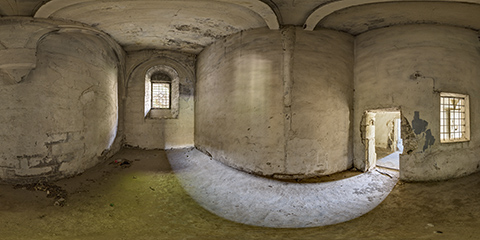 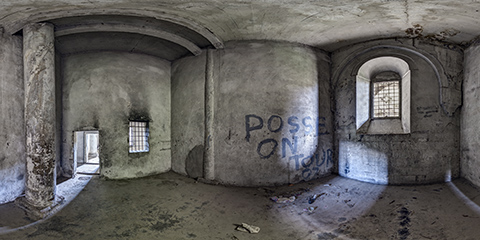 rooms in the north-east corner 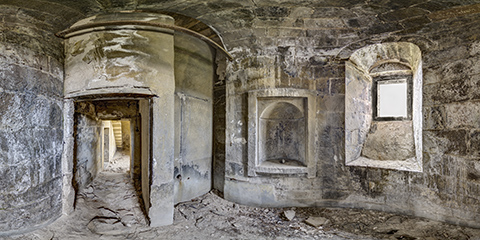 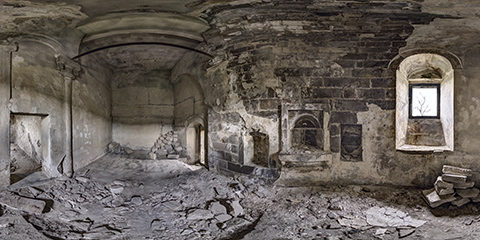 apse with frescoes under the wall paint

stairs to the upper floor in the north-east corner 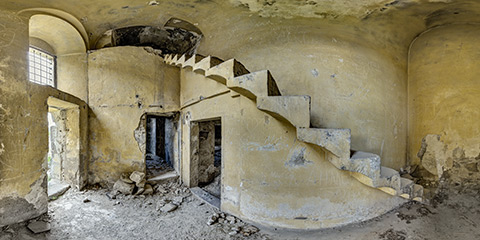 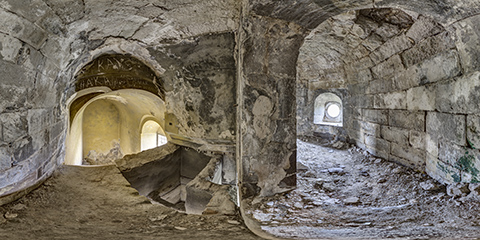 stairs in the south-east corner, entrance to the guardians room and the solitary confinement cell 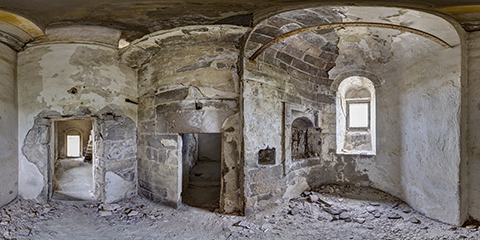 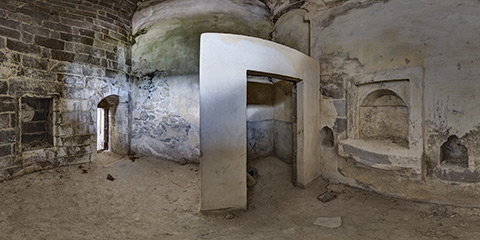 stairway and entrance room to the upper floor 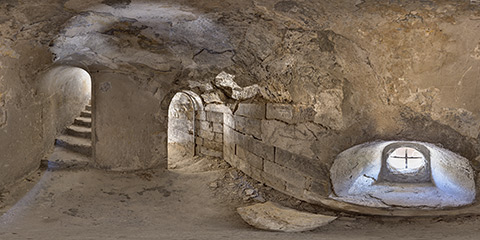 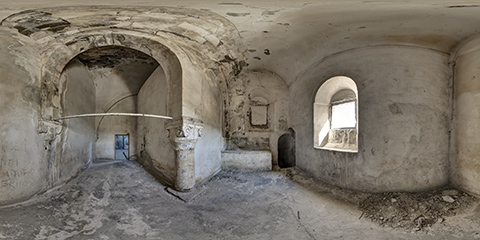 Upper floor with prison cells and a room for prayers. The left panorama shows the tension rods which had been cut off in 2014. 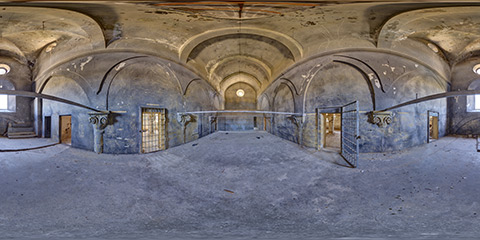 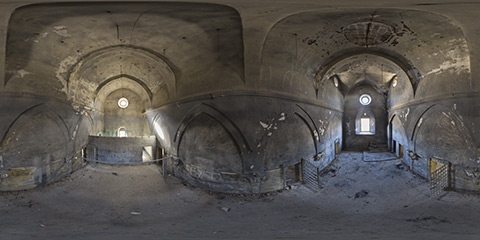 prison cells in the upper floor 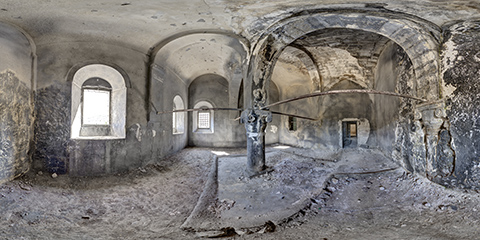 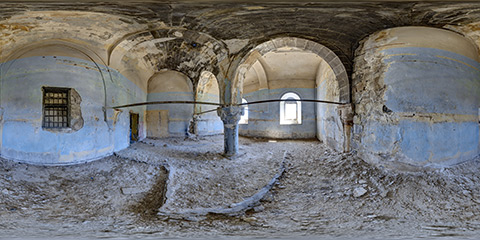 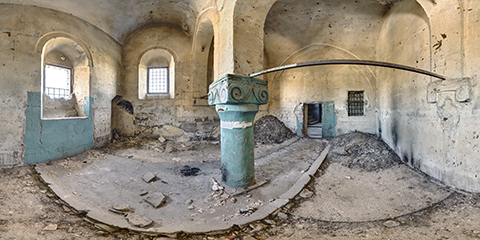 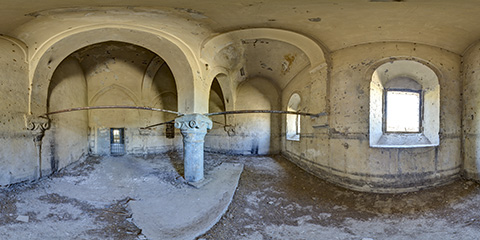 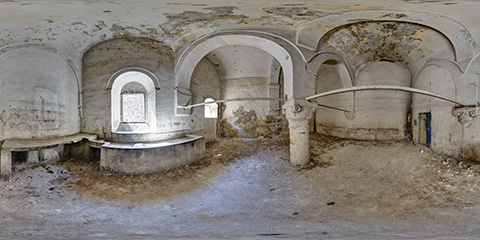 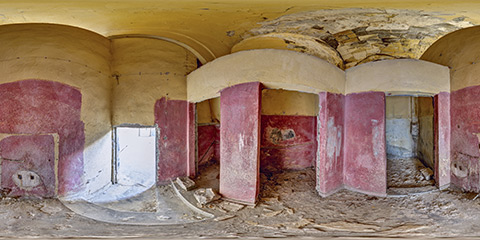